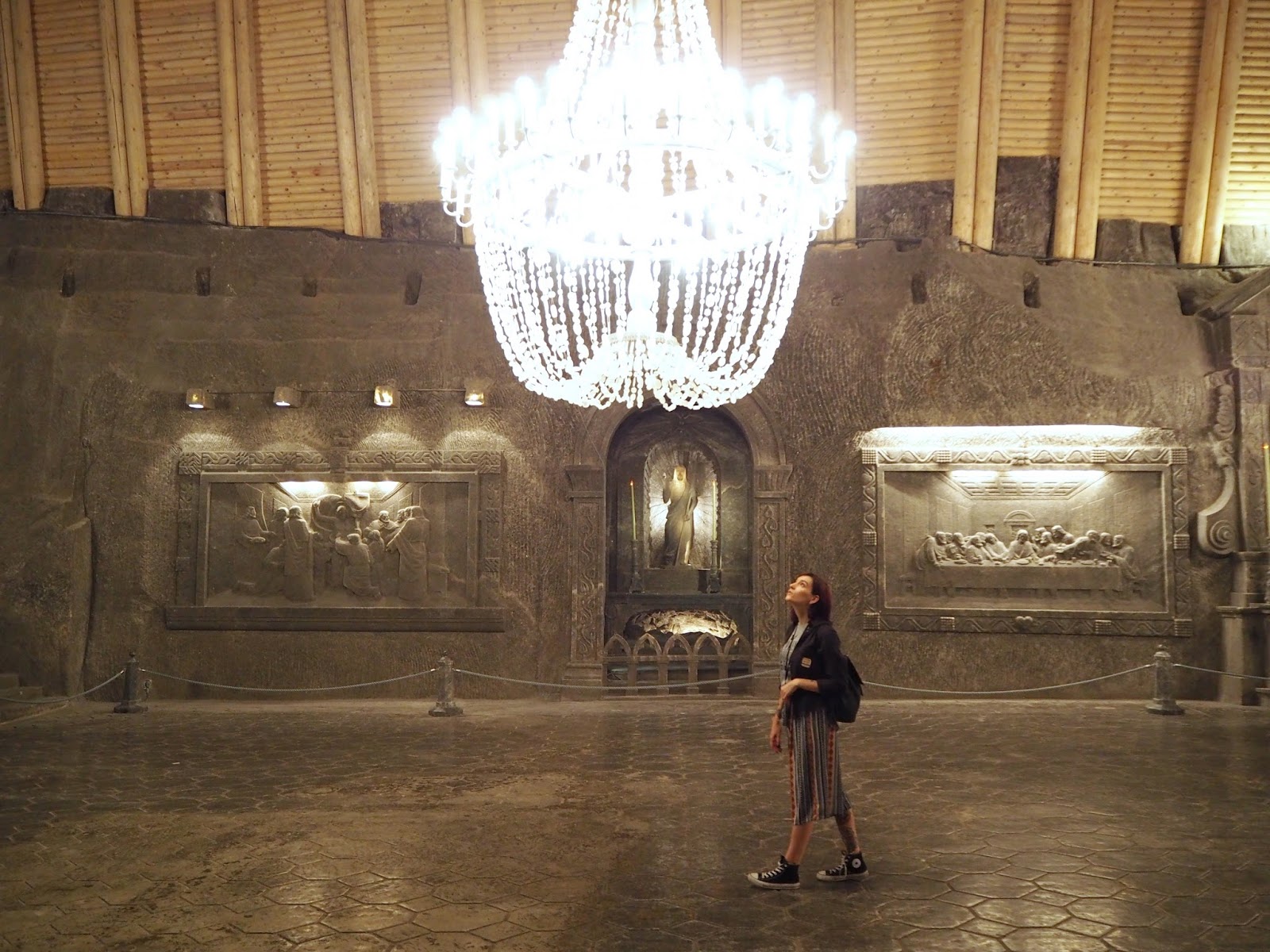 Our second day of tours began on Wednesday afternoon so we had the morning to wander around & explore the local markets (we ended up buying some spices of course) & grabbing a spot of lunch. Once again we had booked via escape to Poland; this time being picked up at a local hotel. This time we travelled a bit further in our tiny mini bus to the Wieliczka salt mine but we also knew some of the other tourist; clearly great minds think alike!! 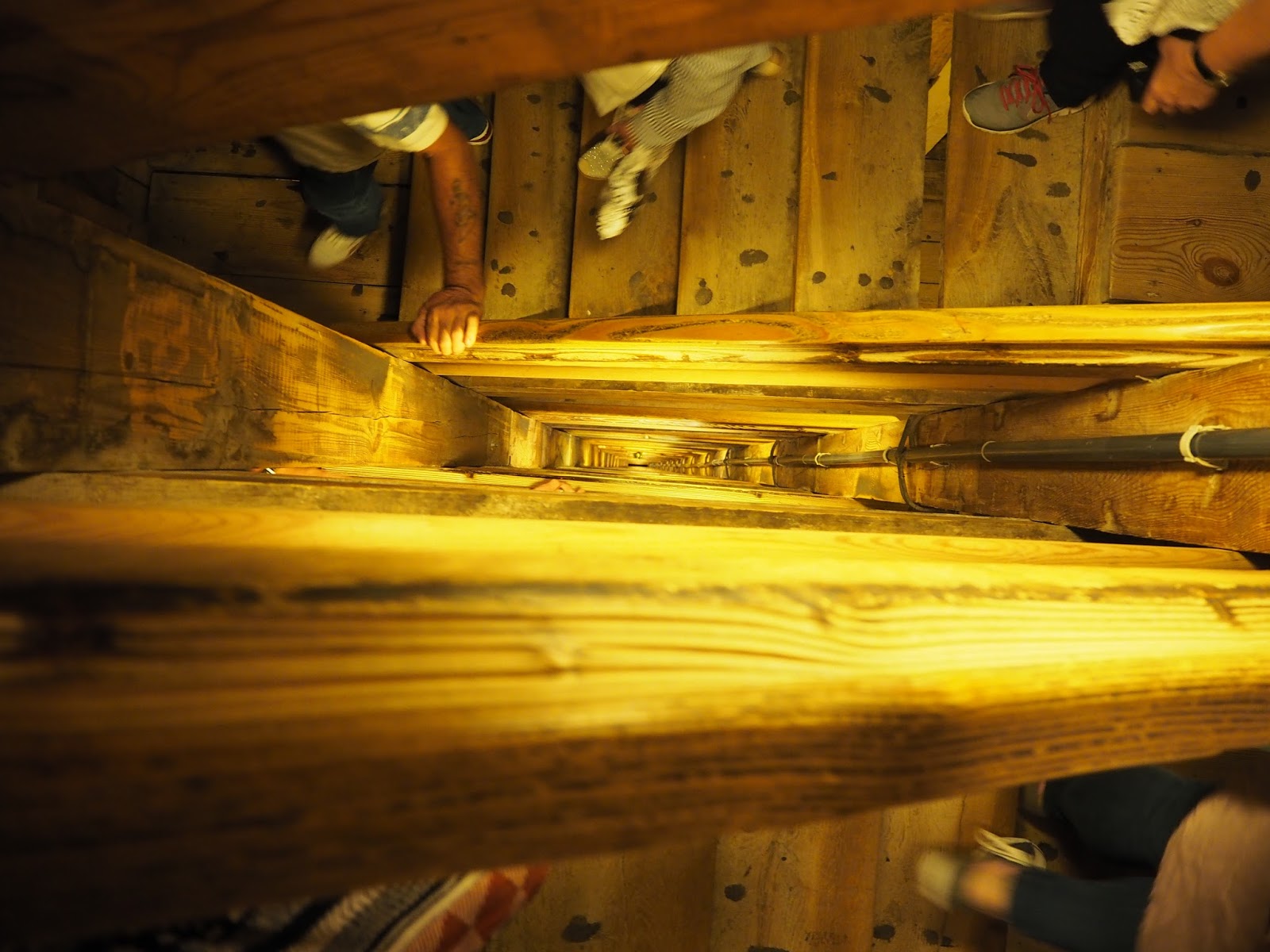 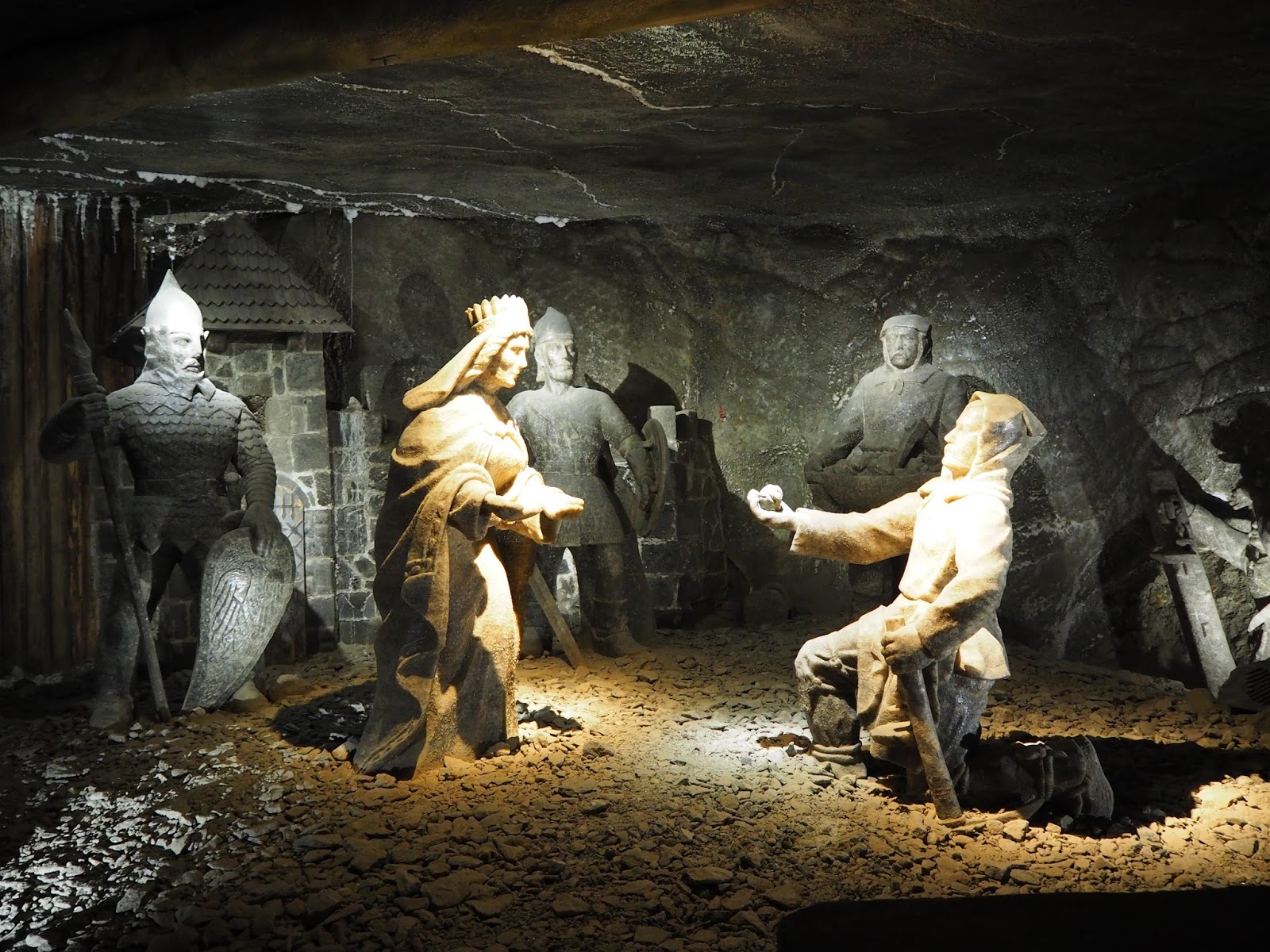 Once we had met our tour guide & stopped for a toilet break we entered the building to begin our descent. We also had headsets on this tour but they definitely worked a lot better than the previous. We were told how we had to walk down 350 steps to get to our initial spot which was rather amusing. Imagine a group of 10-15 spiralling a staircase keen to reach the end. Least we were travelling down & not up because I don’t think we would have made it. When we reached the first level at the  Danilowicz shaft we were told about the ventilation system built in so you’ll have to close each door before opening the next. It was amazing to see how the corridors have been built into the salt with wood which had evolved to be an integral part of the structure. 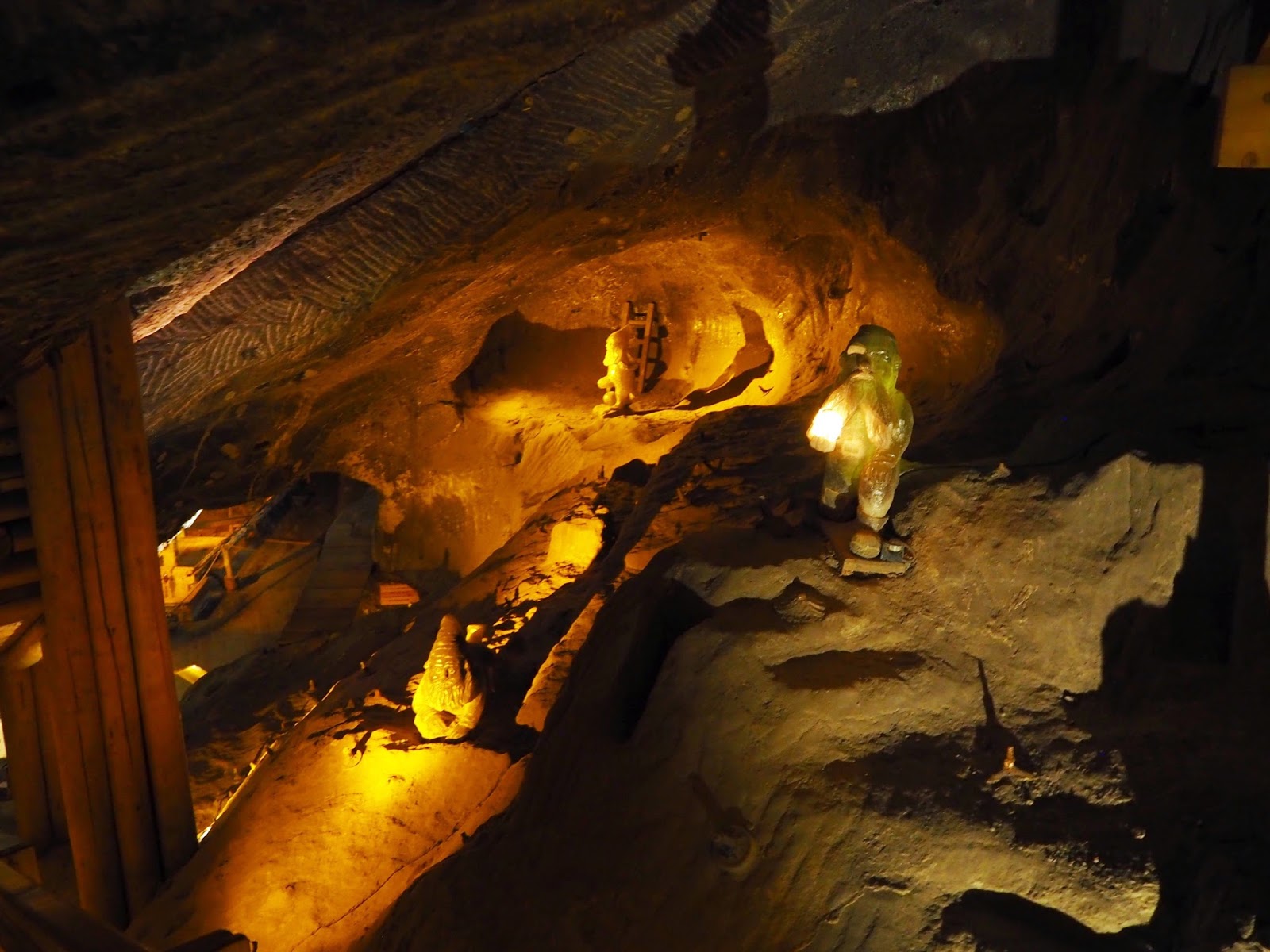 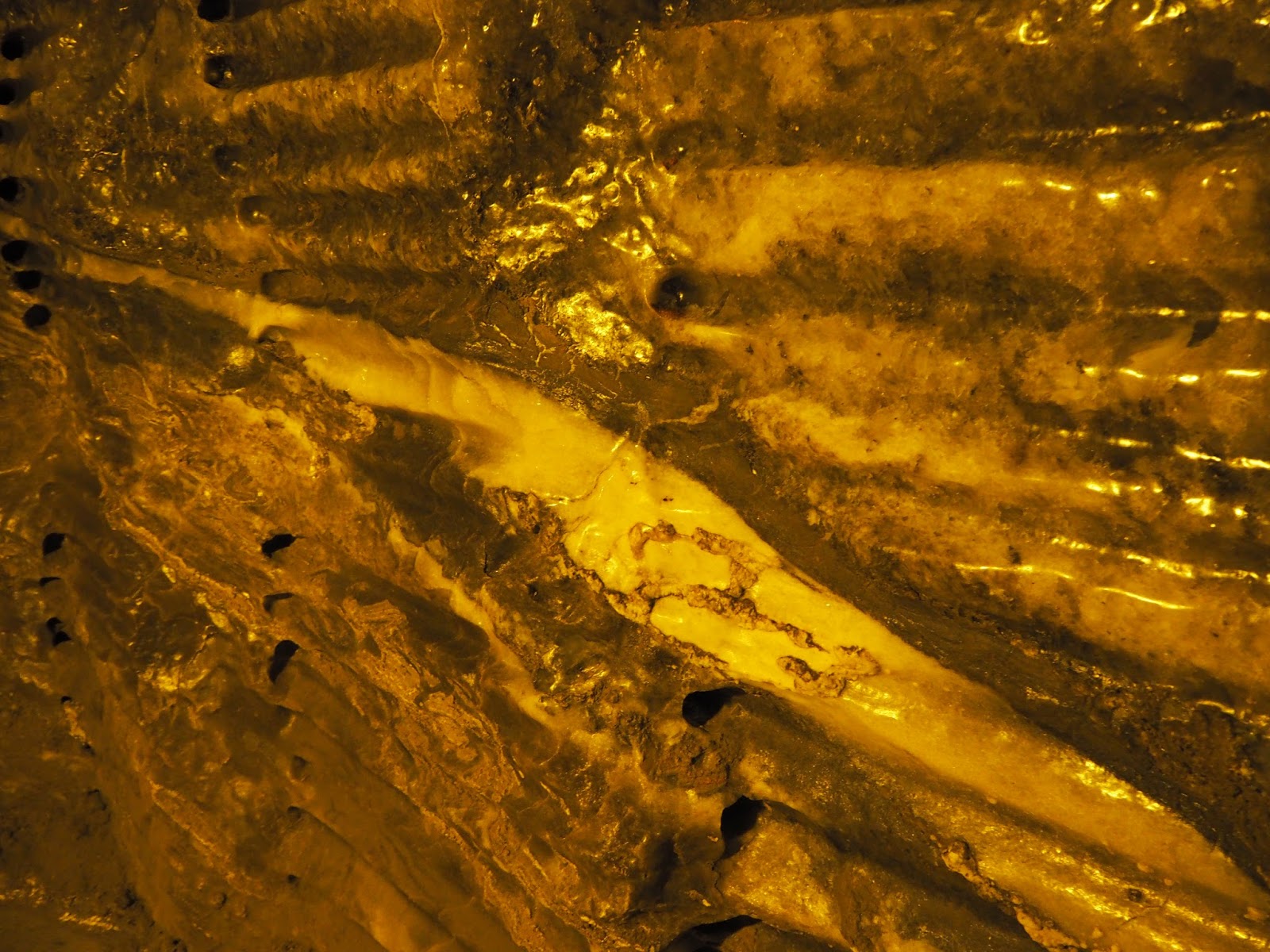 On our journey we were told many stories of the salt mines; including the original story of Princess Kinga & how they initially believe she bought the salt to their country. There was so much to see & it was amazing to think how everything was made from salt & that it is still a working mine. To think it has been used for over 700 years is amazing. Not only does it bring money to the country through salt mining but it has created wealth through tourism. There’s many routes to take & we had booked the standard tourist route which had 800 steps to reach 135 metres below, however that’s nowhere near the extent of the depths of the mine. 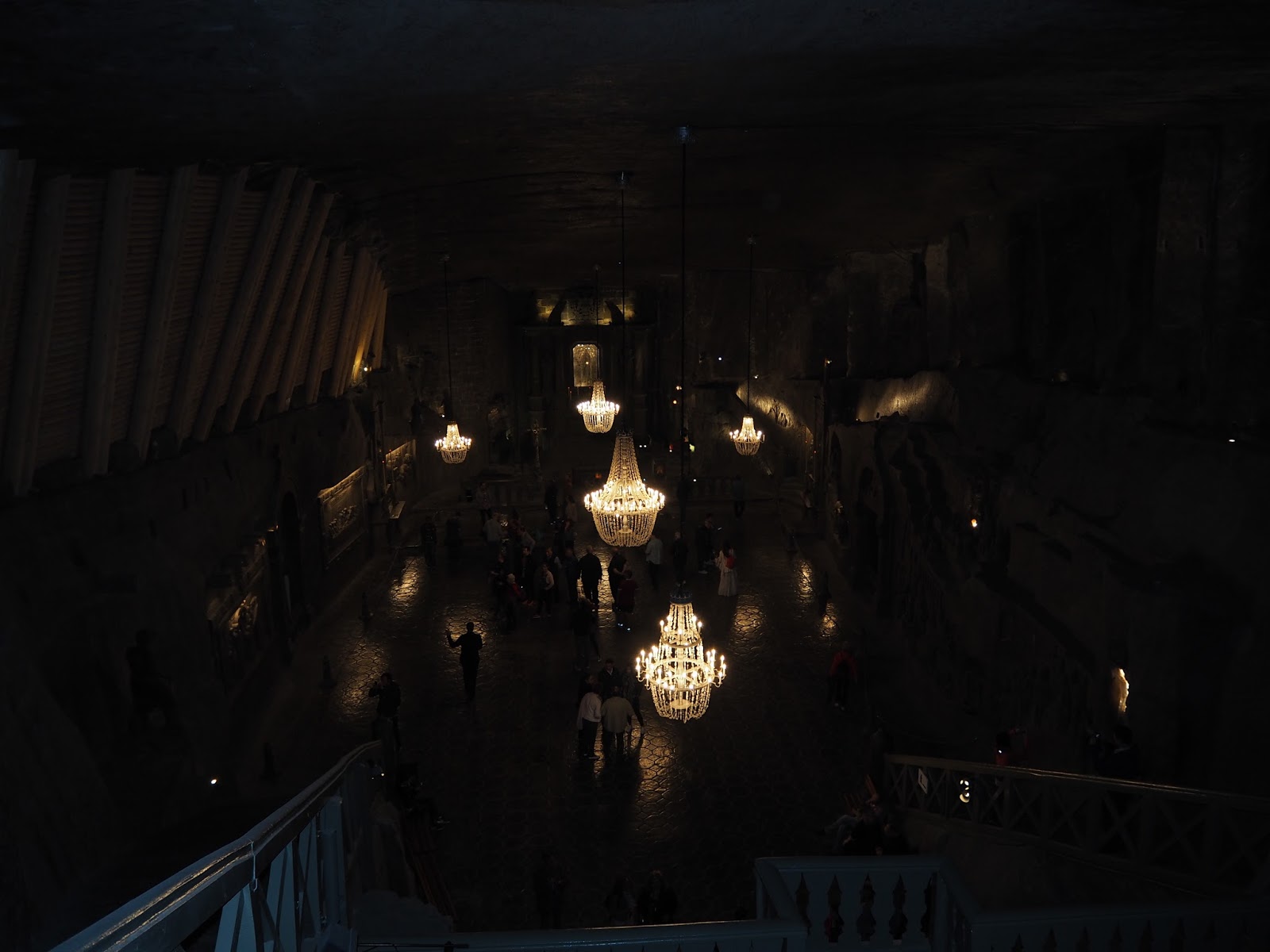 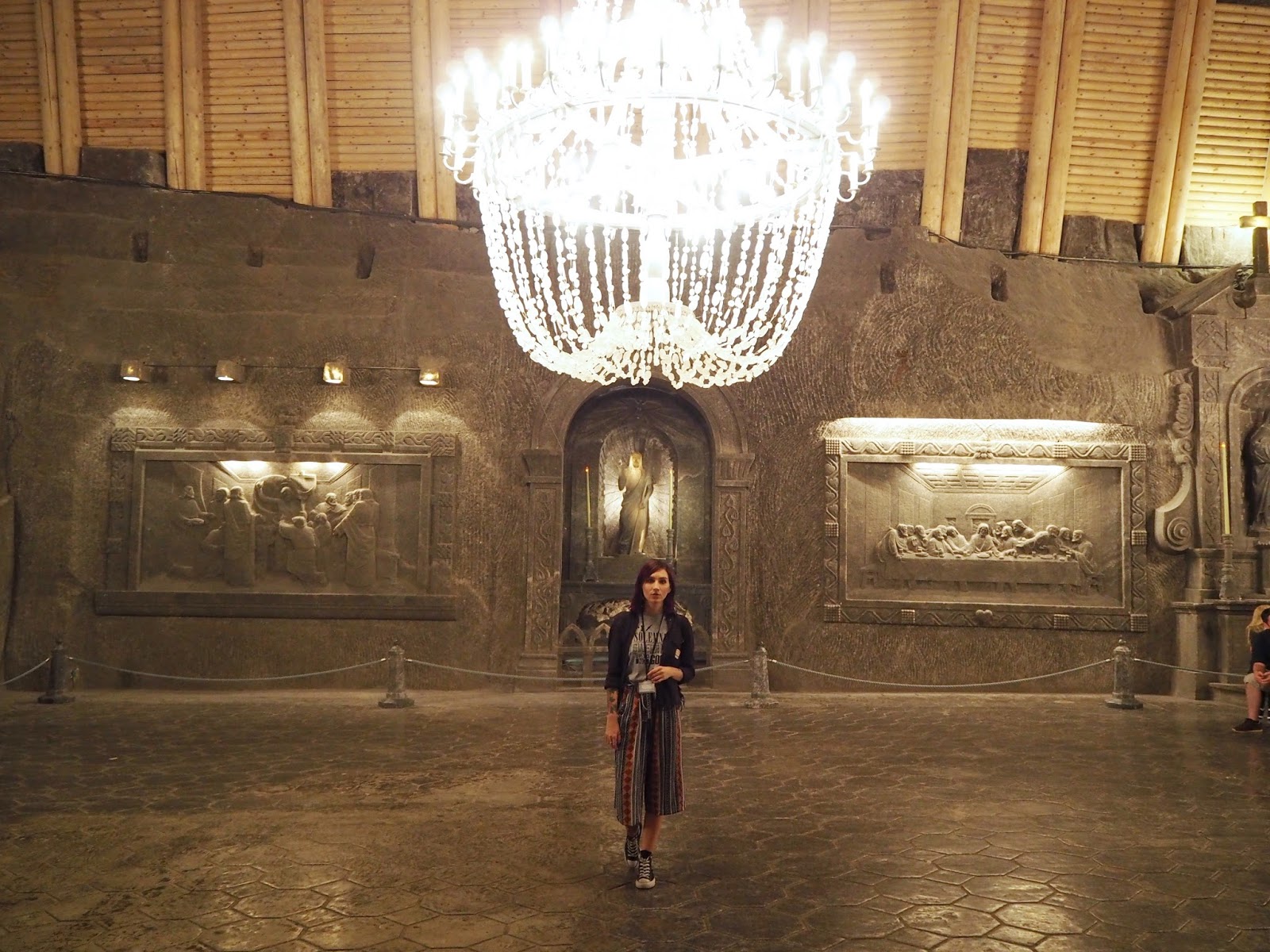 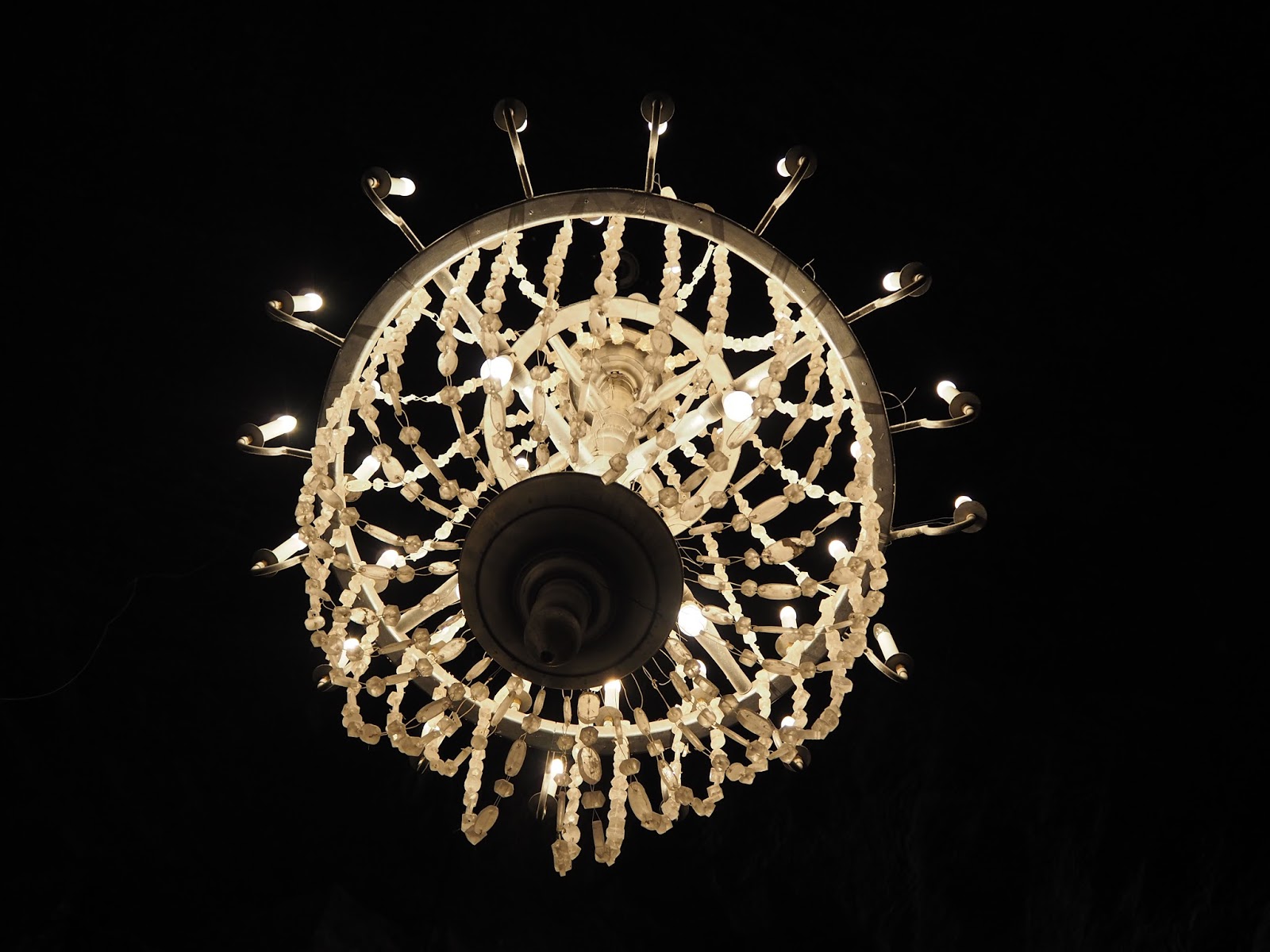 Even though there was lots to see & it was steeped in history the best part (well for me anyhow) was the main chapel which is a huge open space. It is utterly beautiful & still a working church which offers Sunday services. The chapel of St. Kinga was steeped in not only beauty but in religious symbolism. The mines really show the importance of religion to the Polish & you can only imagine the work it took to create the many chapels within the mines. 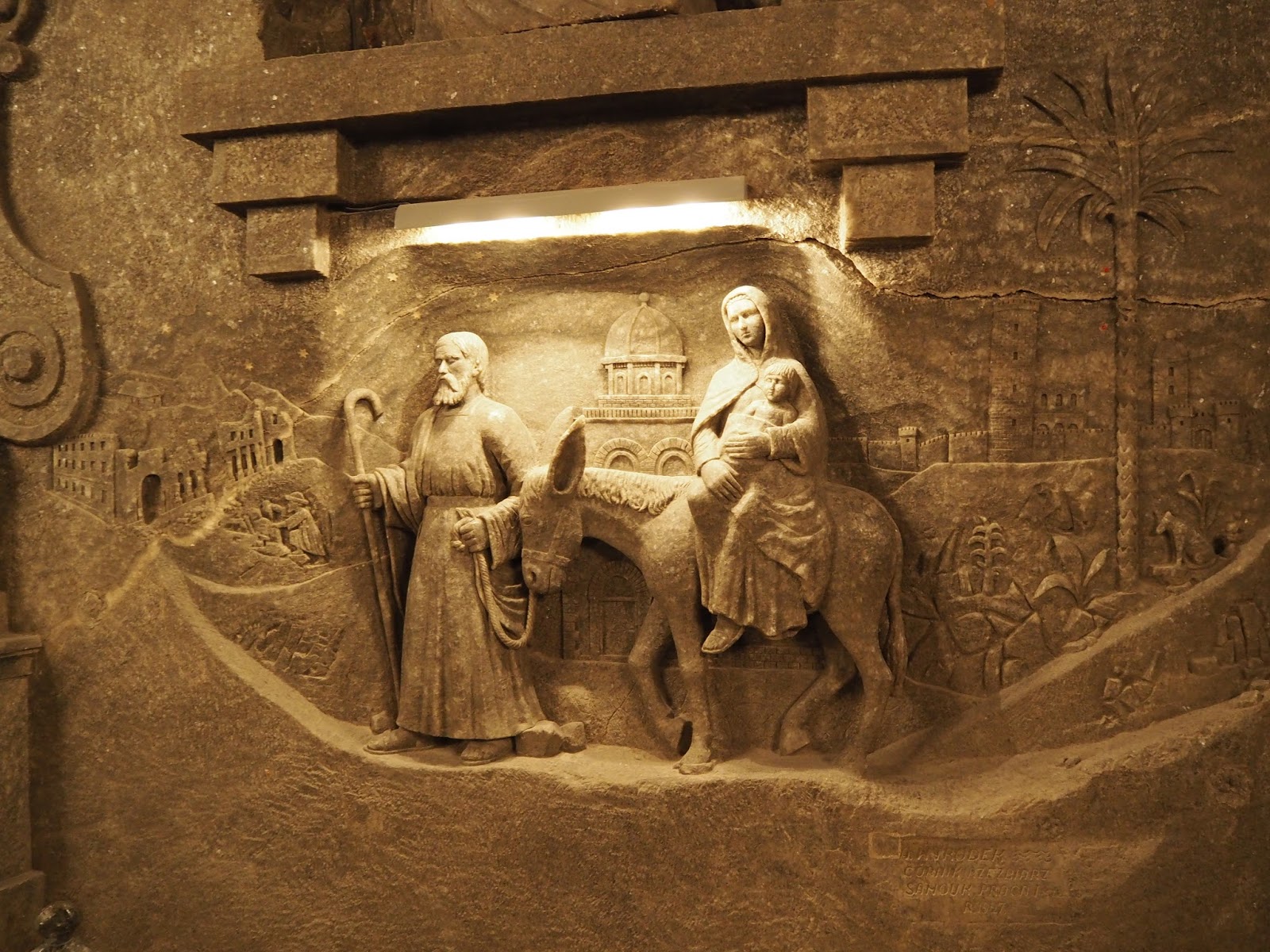 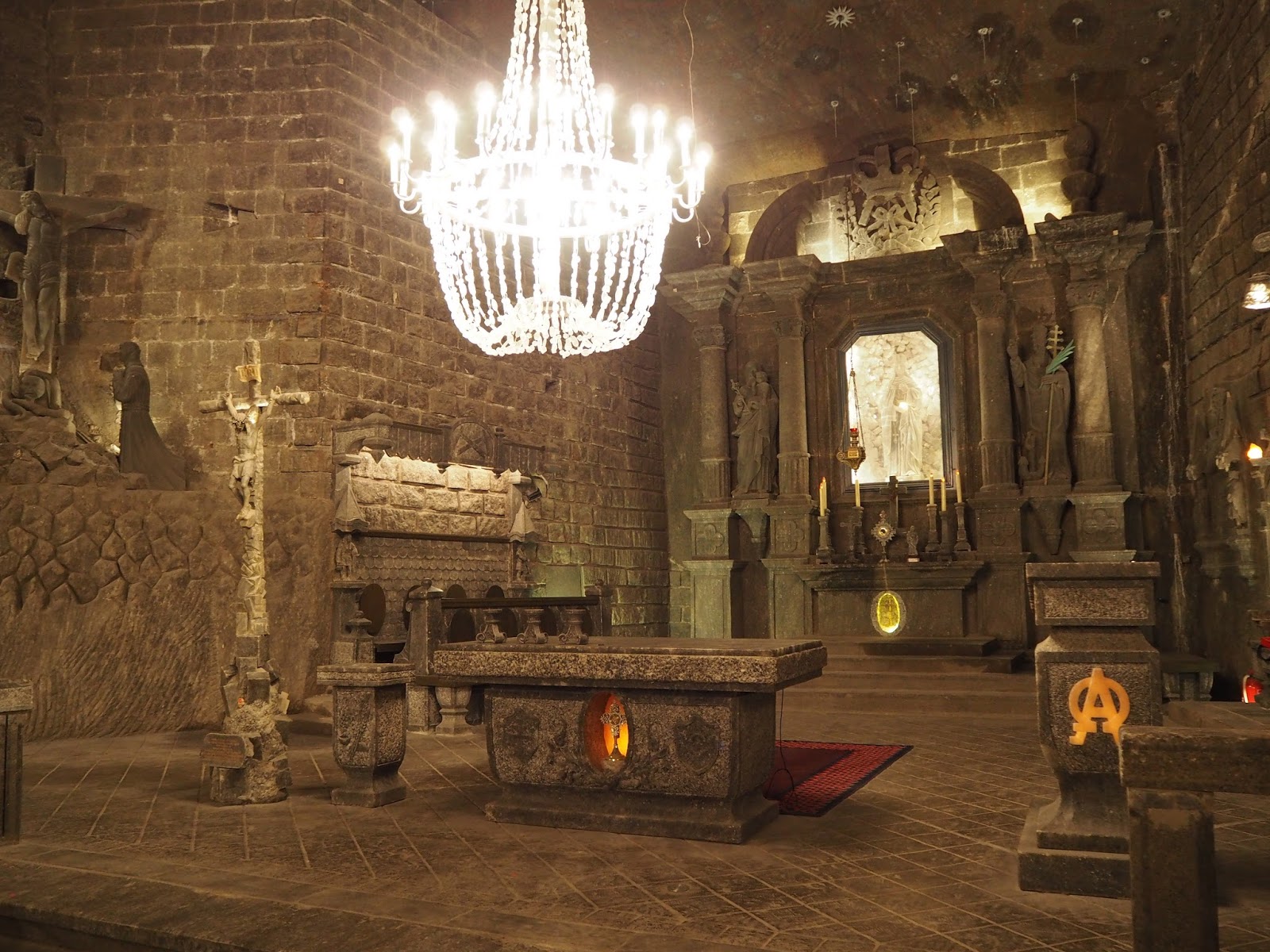 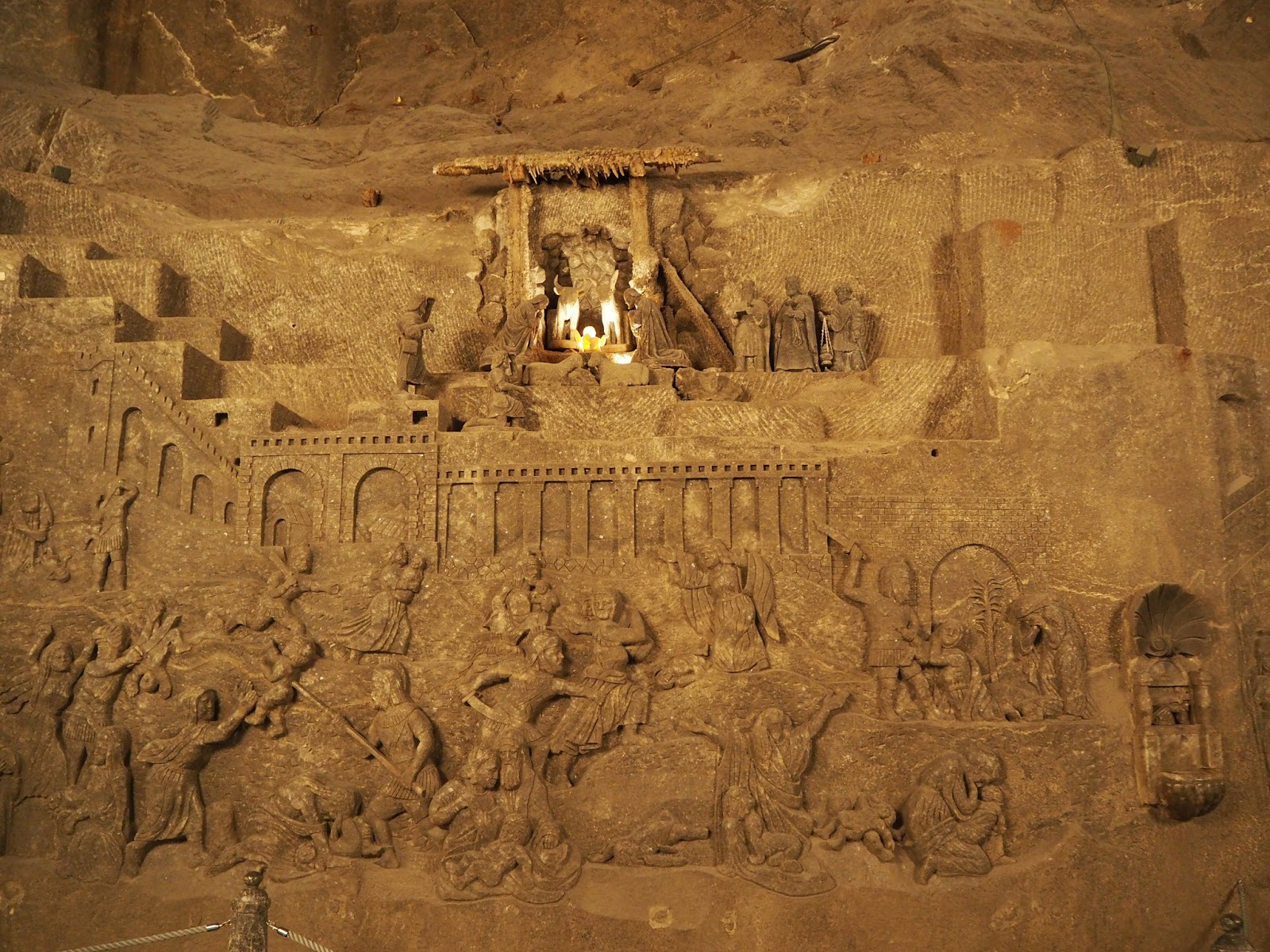 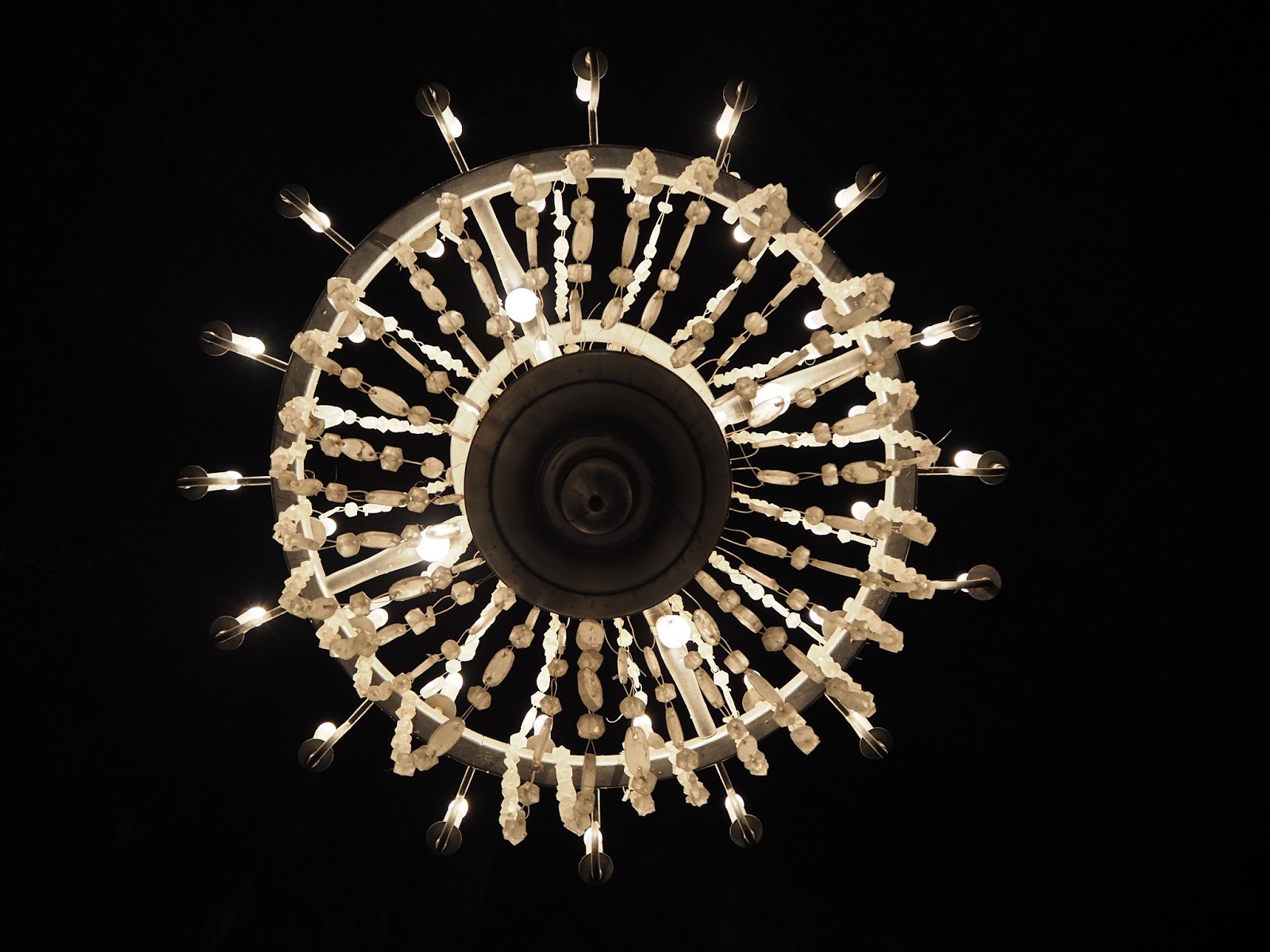 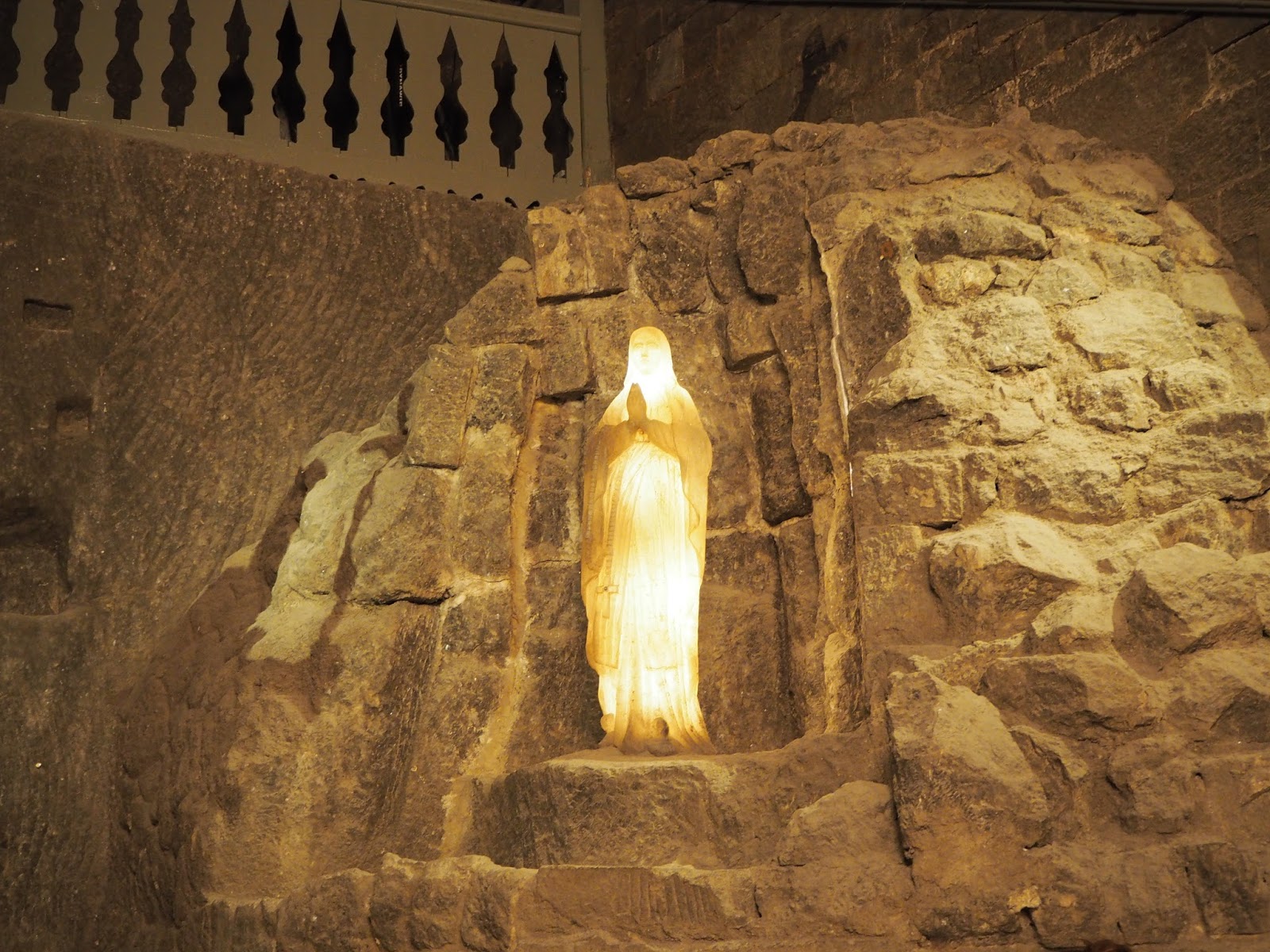 The salt mine is a blogger’s & photographer’s nightmare!! It’s horrible trying to get pictures underground especially with the lighting but I did my best to capture the beauty of the chapel. As you can see there’s tonnes of references to their religious beliefs. It’s amazing to think people still come to services every Sunday & if you’re in town you can pop in and experience it for yourself (it’s open to the public). The mine is full of sculptures built from the salt & the gorgeous chandeliers are built from the purest salt making them appear as clear as glass. I was utterly amazed by the craftsmanship & Jacob took the amazing image of me in awe!! 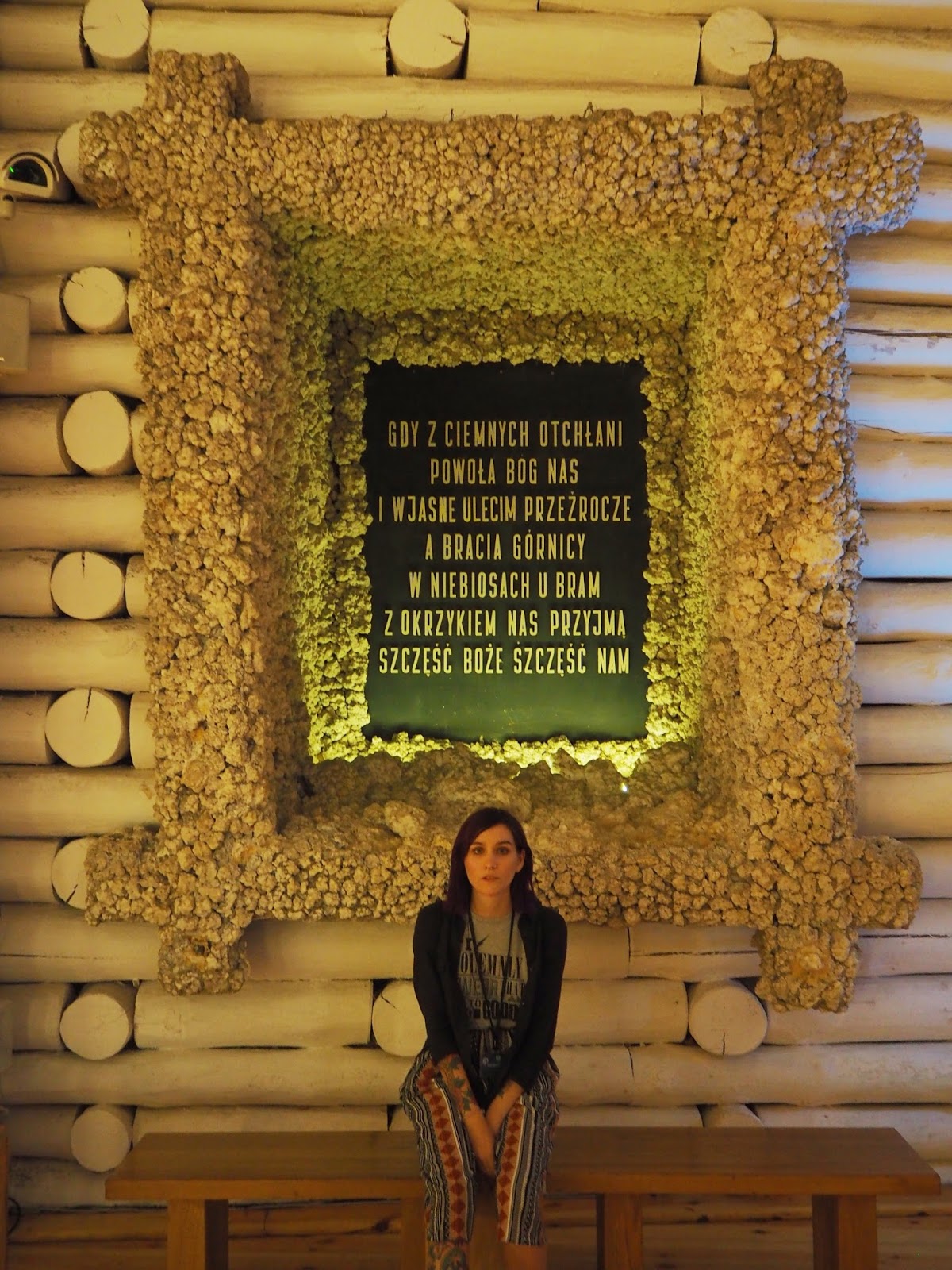 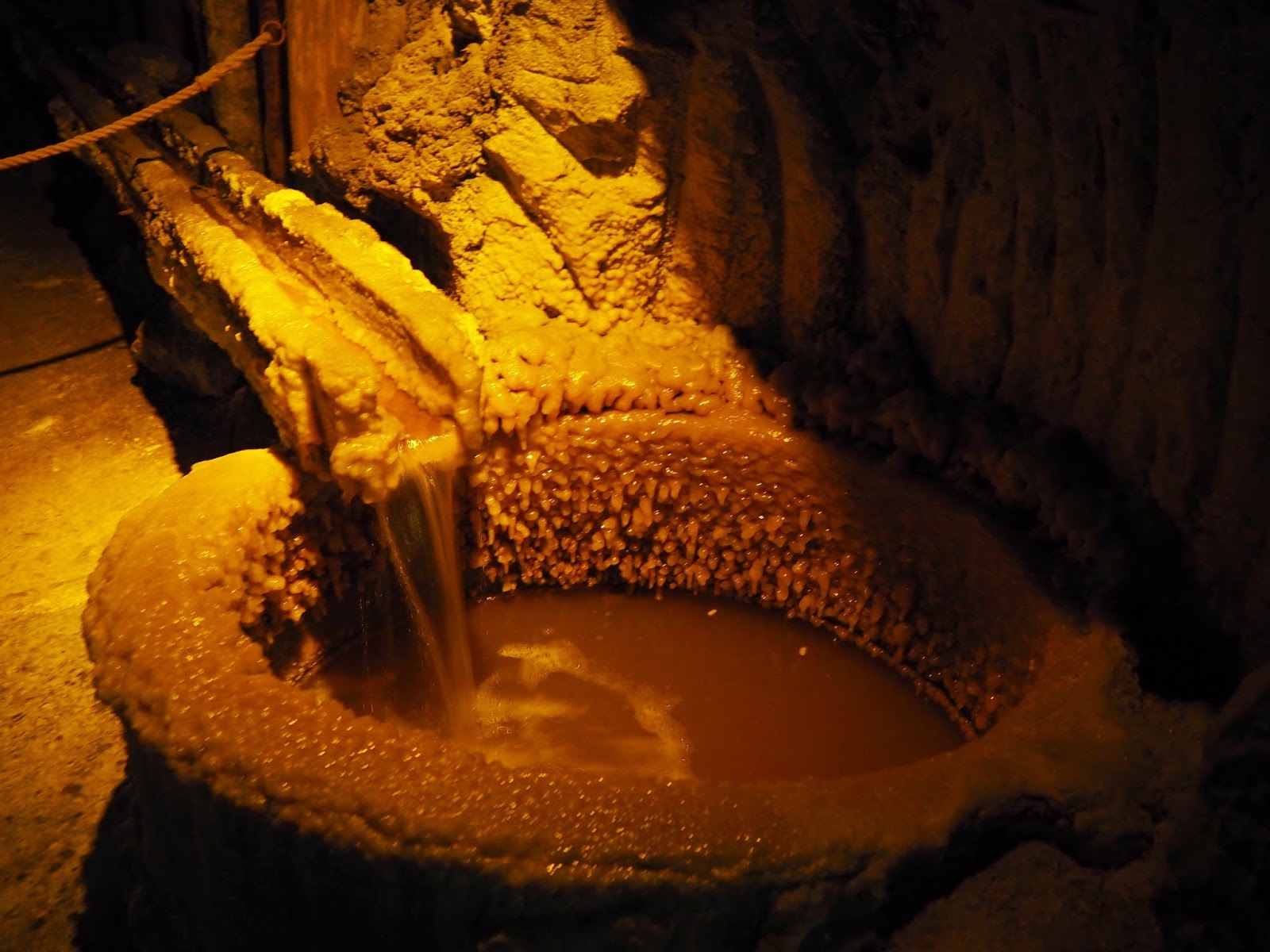 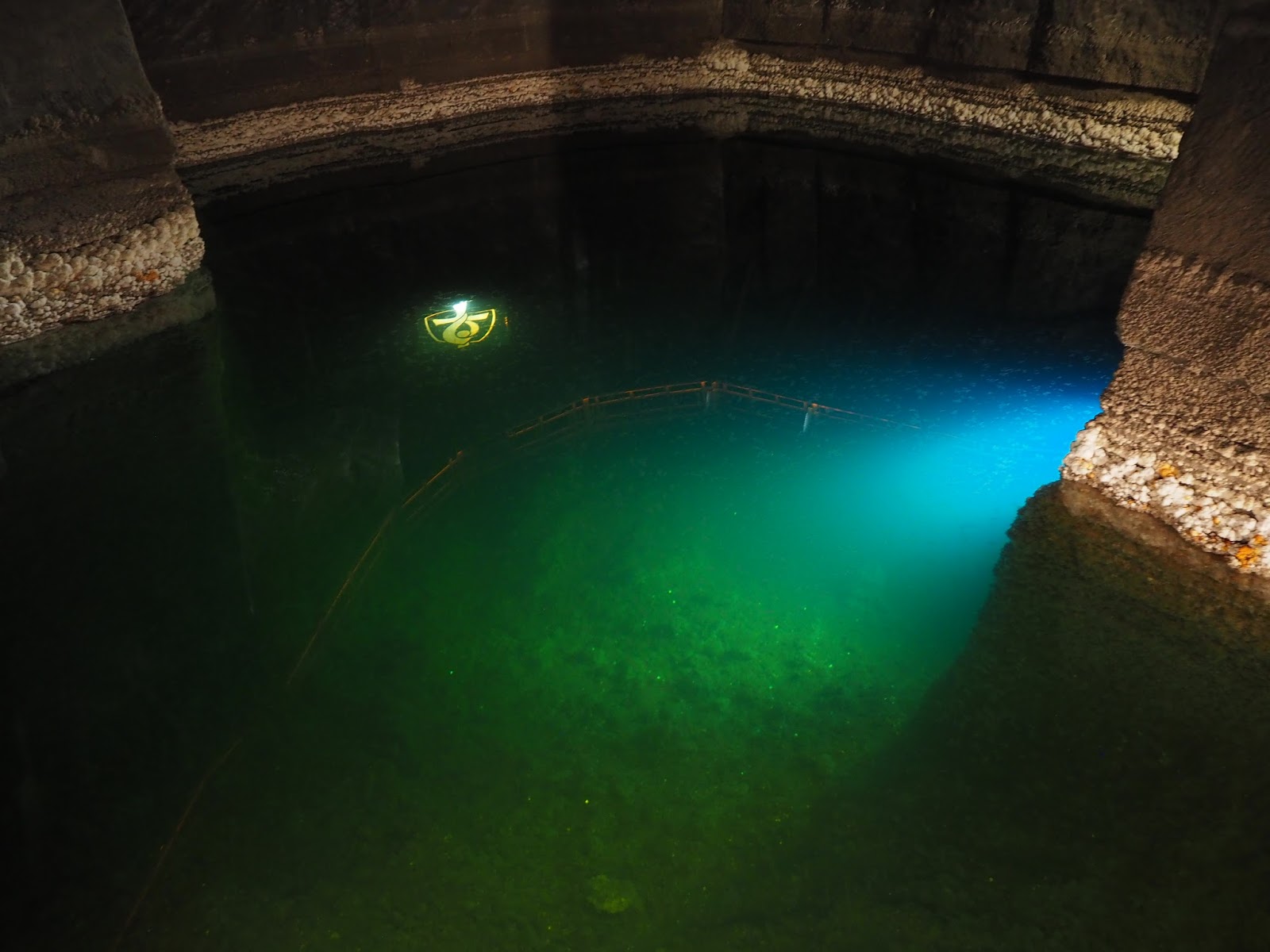 During the tour you had time to take breaks for snacks or the loo & of course to buy some presents if you’d like. I think we all needed short breaks after walking so far. We continued along to visit the salt lakes which still remained. It was amazing to think that there were lakes so far underground especially as we saw quite a few. I just loved learning about the history of the mines & seeing all the small details. As you can imagine I’m missing out a lot of the stories & information we learnt on our journey but that is something you should definitely learn for yourself!! 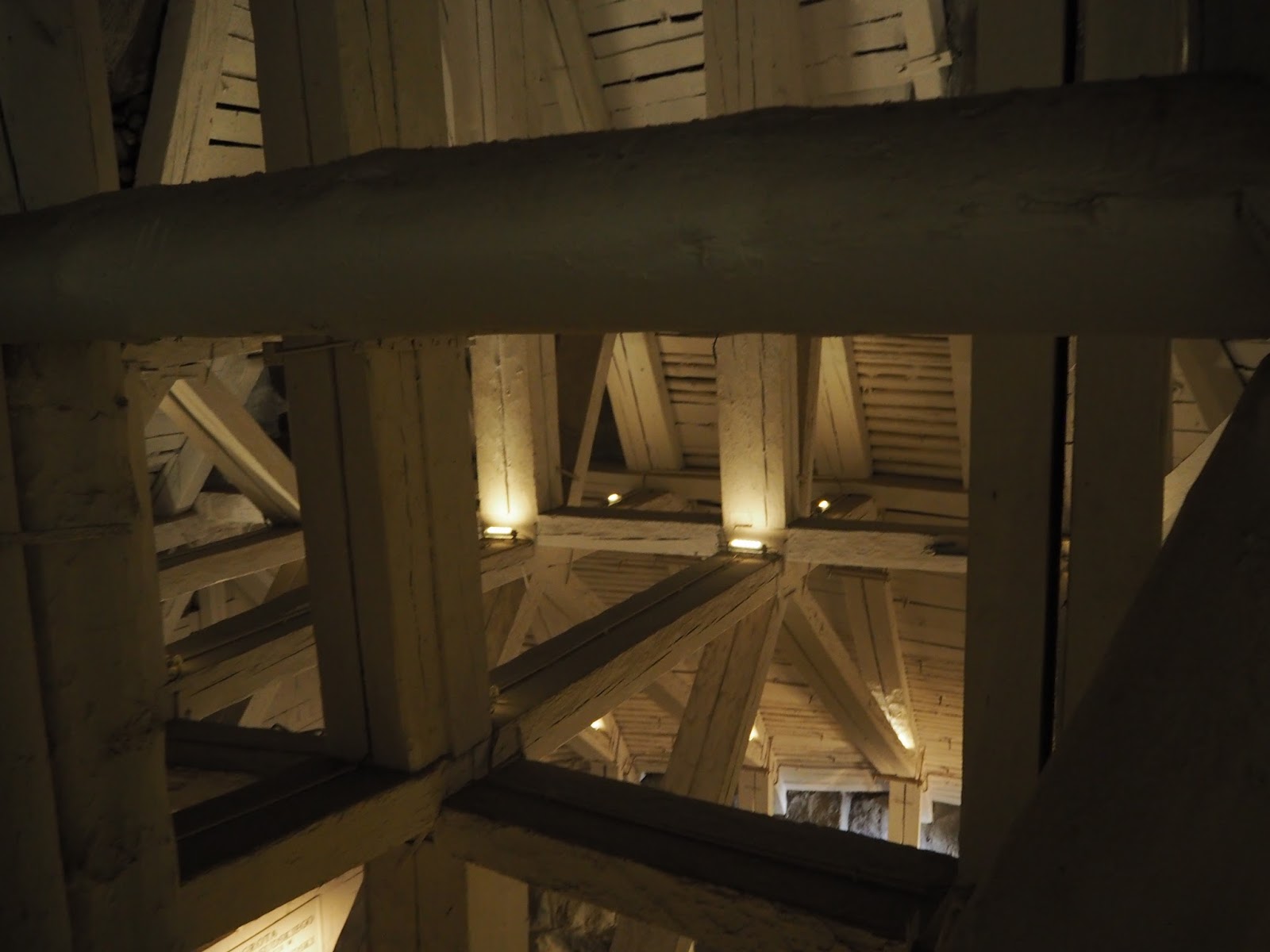 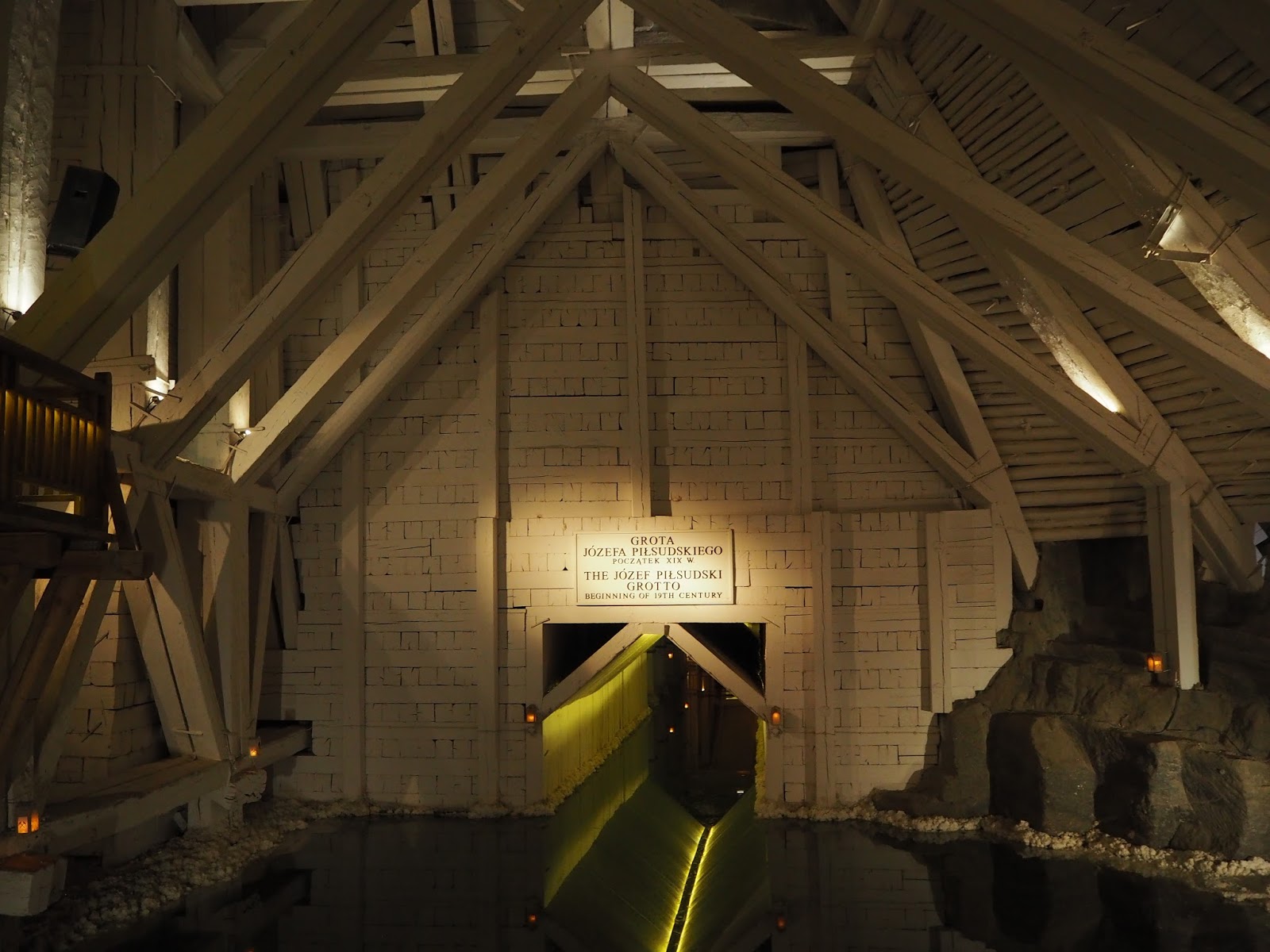 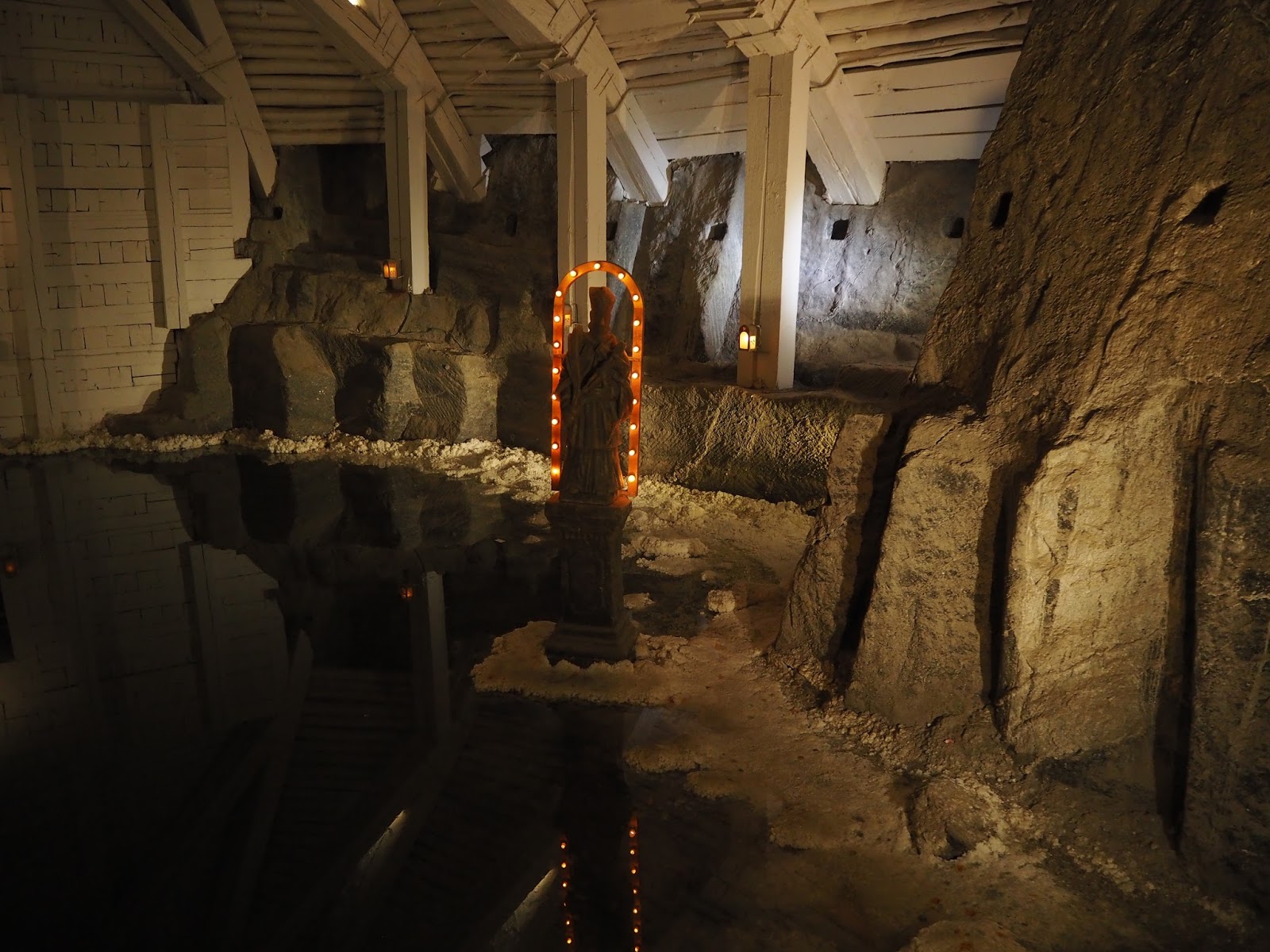 The second lake we visited was dedicated to a group of German soldiers who perished here whilst travelling drunk through the waters. The structure of the section was astounding; I loved how the wood was constructed to build the ceiling. It was also quite an eery space due to how empty it was apart from the monument left in respect. As you can guess salt lakes are not for swimming so being drunk on a boat does not end well if it over turns. At this point we were nearing the end of our tour which was slightly disappointing as I didn’t know initially about the multiple routes & would have booked a more in-depth visit. 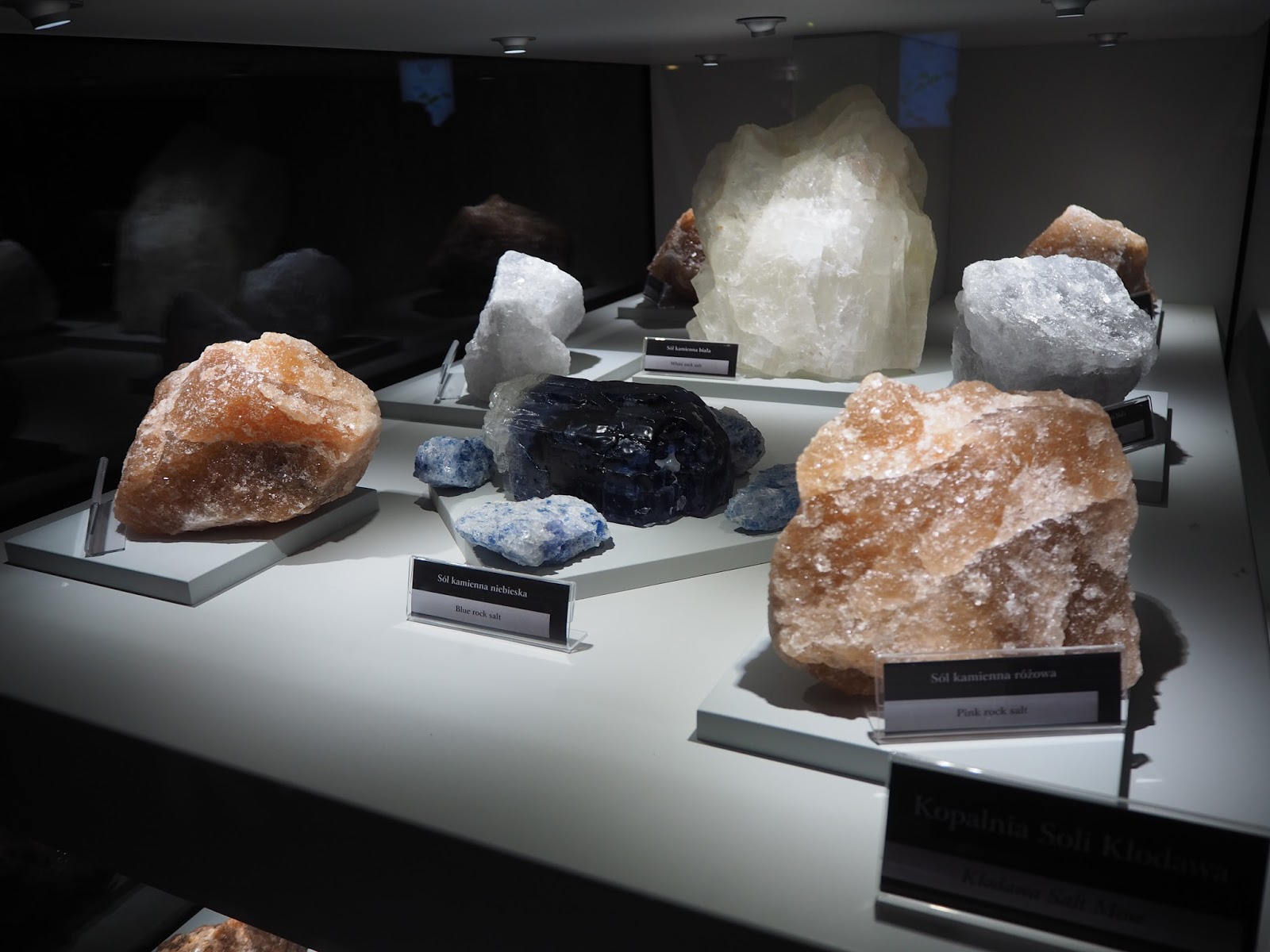 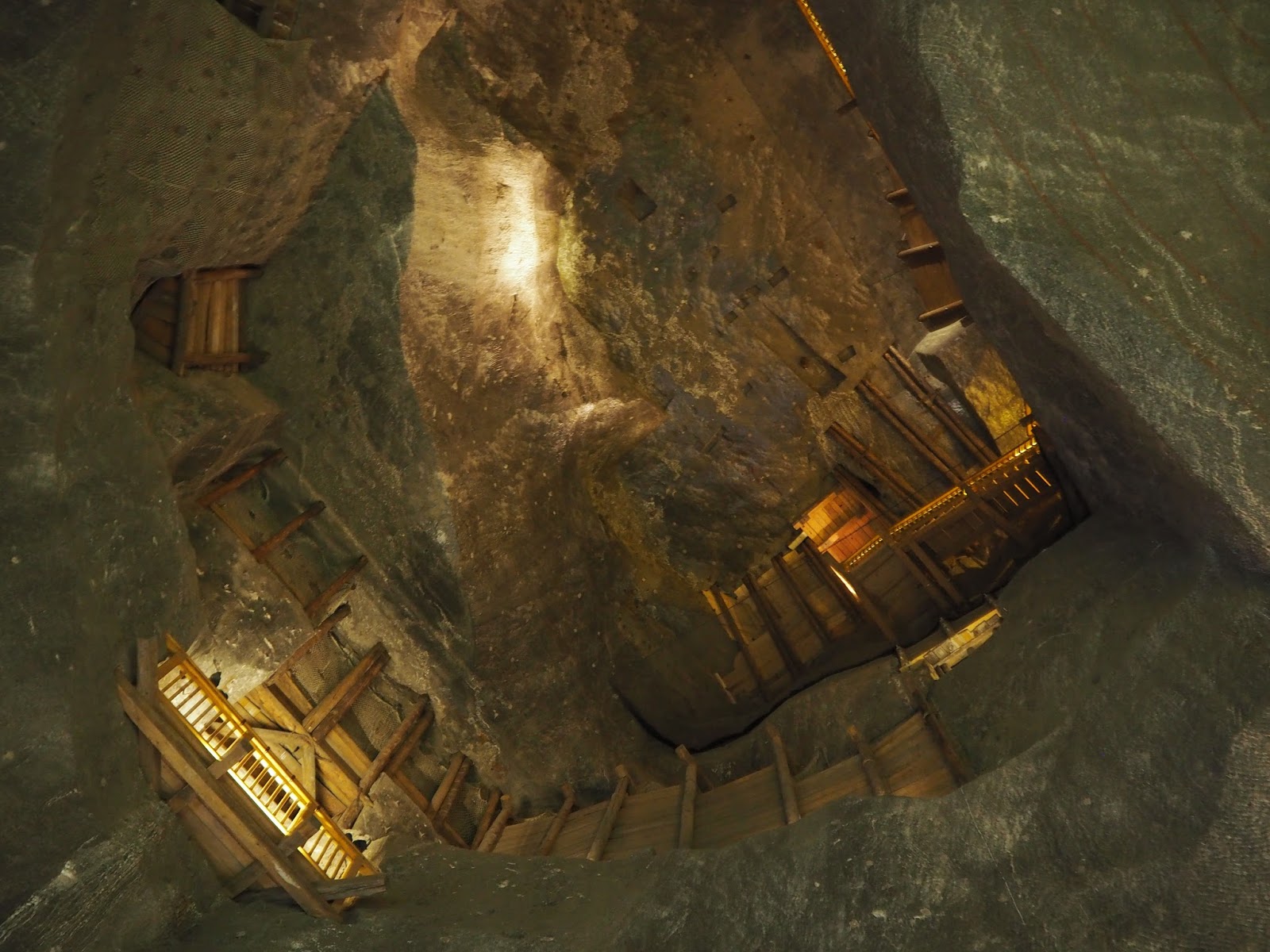 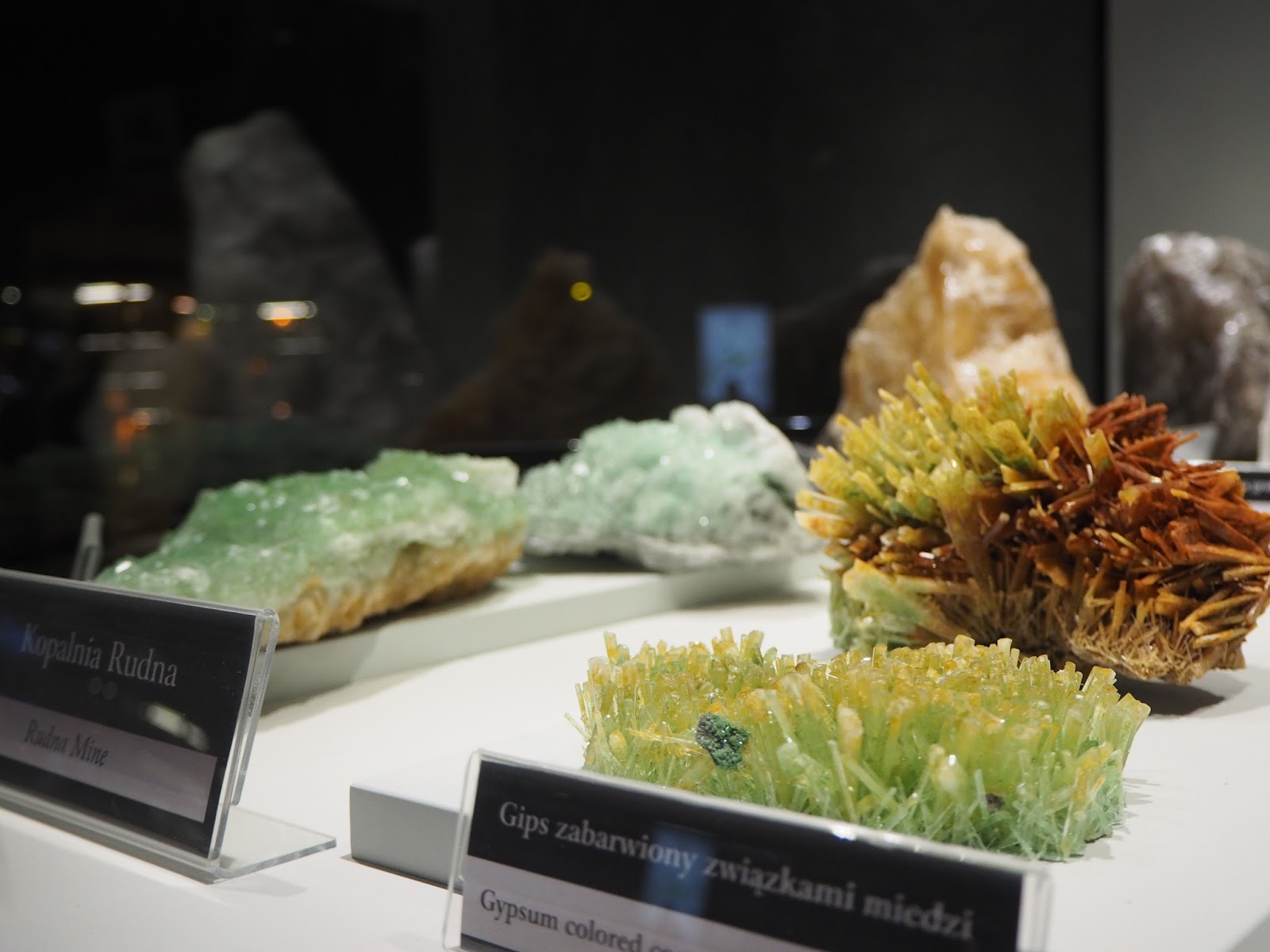 We ended our tour in the museum shop which had lots of goodies on offer; there’s tonnes of salt lamps & salt based bath products available. I had my eye on a few pieces but my suitcase was pretty heavy already. I’m definitely purchasing a salt lamp after payday because just spending a few hours in the mines made my lungs feel much more open. It’s meant to help with preventing allergies & purifying the air so I think it’ll be a perfect addition to my room. I wasn’t keen to end the tour purely because I wanted to see more, plus I  was a little daunted to attempt 800 steps. Luckily we were getting the lift back up to the surface!! Well I say luckily but I think I would have preferred the stairs; the lift holds 9 people in 4 compartments & when I say compartments I mean it. They were tiny & we were all squished together laughing about the situation!! You can only imagine what the poor miners had to go through. On our return we popped to a local Indian restaurant to indulge in some delicious curry (our second Indian of the week!!) & called it a night.

This was my favourite visit of the week; I know I haven’t done the best at describing the experience but it’s definitely something you should do if you visit Krakow!! It’s even more beautiful in person & if you’re feeling daring try the mining route. Jacob & I already want to revisit to try that route so Krakow has obviously stolen our hearts.