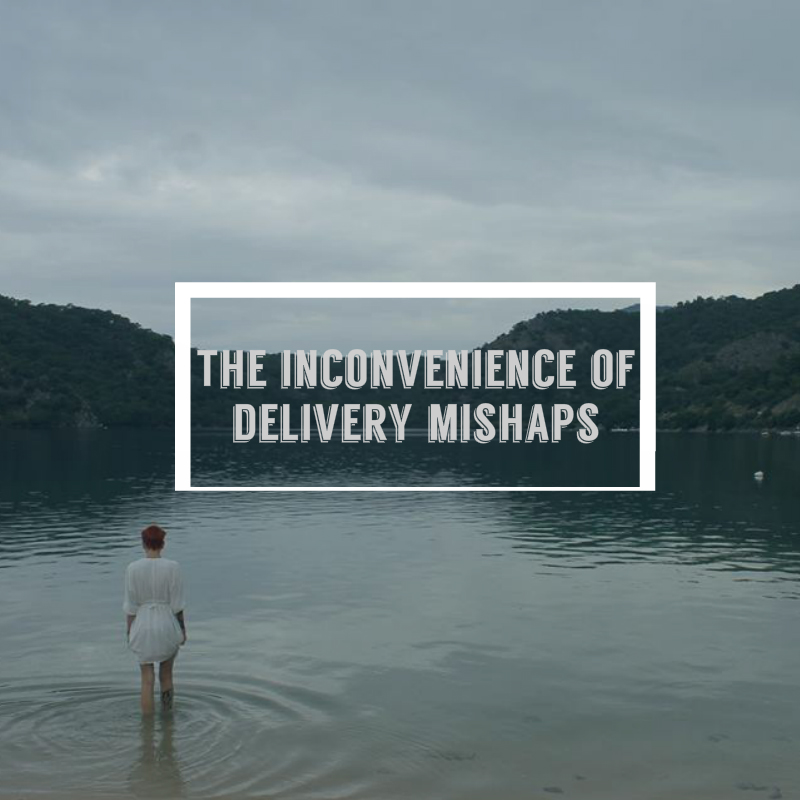 I’m not usually one to make a negative post but recent events have occurred which I think the majority of us can relate to. No one likes having delivery mishaps; may that be the sender or the receiver of the item & as I’ve been on both sides I thought why not share my experiences. This post as stated has been inspired by a recent event in which a delivery was completely messed up by a company. I had an event to go to, which of course it the worse time for these things to happen but usually when they do.

The item initially was marked as delivered but no where to be seen. This is after ordering & paying next day delivery. After a few methods of contacting the company a lovely employee dealt with it over facebook messenger (thank god for social media!!) and my initial issue was resolved. After being told it would be delivered in 48hrs which was a bit of a worry but I understood completely; it was a courier mishap not the company the item did arrive within that time. Much to my horror it was two sizes bigger than I ordered and two days from the event. I understand these things happen but only this could happen to me when I needed the dress immediately. Both a company & courier mishap occurred so I requested a refund. Fuss over with that mishap but of course more money spent elsewhere using a more tried & trusted company!!

That’s the story; no companies will be named because these things do happen. It could be the worst time for you or even one of the busier times for them. Couriers can be a right pain for companies & sometimes staff make mistakes when packing. Of course it’s horrible as a consumer & you want as much done as possible. I most likely won’t order from the site for a while; at least not when I’m in a rush. However I can safely say they dealt with it well; over facebook anyhow I never received an email back (bit awkward!!).

But as I did own my store I can honestly understand how once an item leaves the shop it’s so much more in the hands of the postage system. Which I would happily call rubbish, couriers can be just as bad. It’s probably the most frustrating thing in the world to spend time creating, organising & packaging an item to have it lost in transit. I guess sometimes it’s an even amount of frustration both ends.

Stepping back I know how annoying and inconvenient a delivery mishap can be, sometimes it is the companies fault (like my wrong size) but others it can just be in the hands of the delivery service. Companies are all working at their best so we may as consumers need to take a breather & re-group before reviewing them based on one mistake.

There’s my horrid delivery inconvenience, please share yours below in the comments so I don’t feel like the only one having to change my outfit last minute!!

*Update: Since writing this post a few days back another delivery has been marked as delivered & no where to be seen. I am officially hated by couriers!!