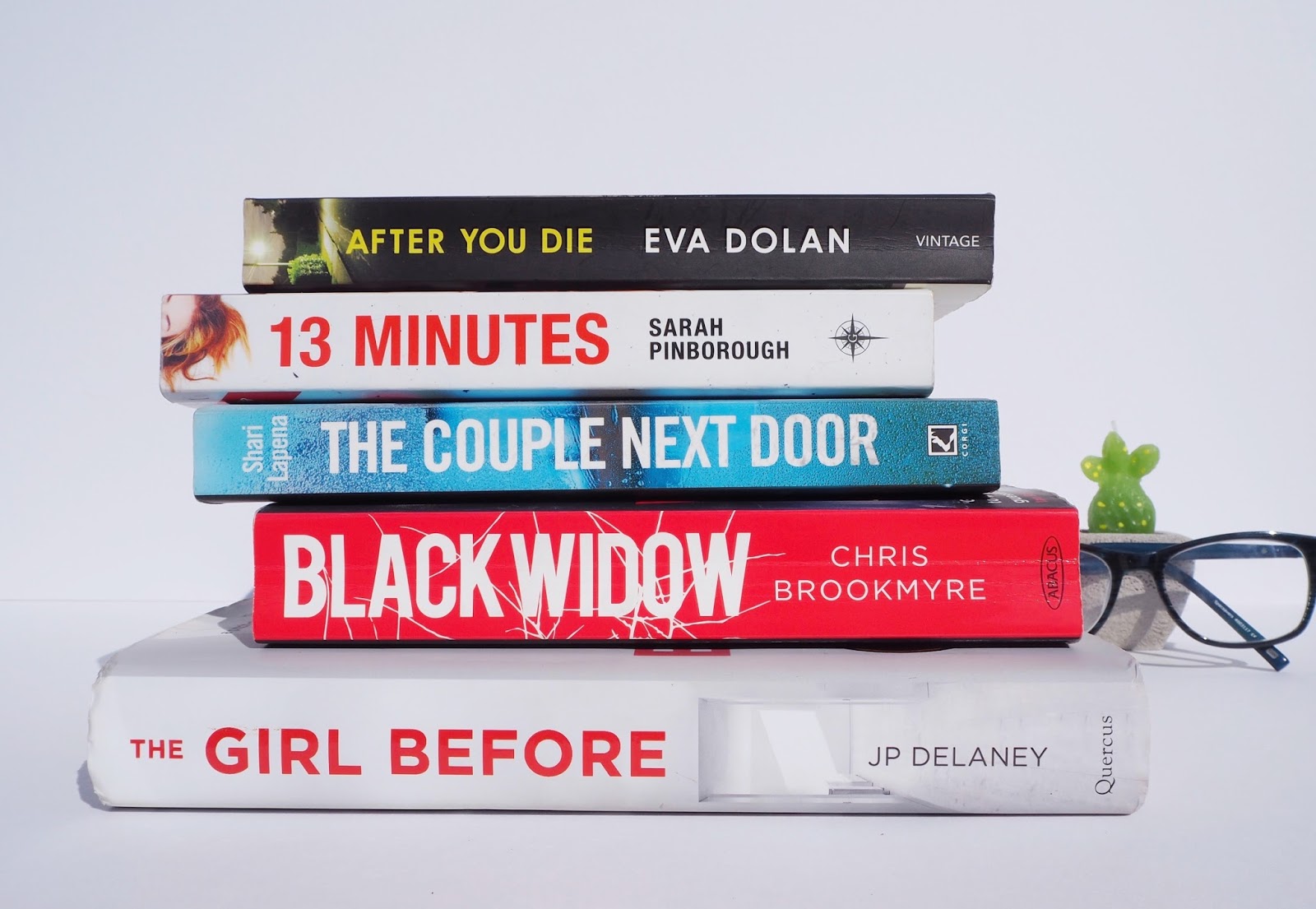 It’s a bit of a crazy story (my work place burnt down & I moved branches!!) but as of recent I’ve got back into reading; it’s been a long time coming & well I kind of went on a thriller spree so I thought why not share some honest thoughts with you. Turns out working away from home means lunch breaks get pretty boring so I finally dug out a book which I had started months ago & finished it in a week which lead to many more thrillers!! I do miss wandering home in my lunch breaks, chucking on  pyjamas & snacking to my hearts content but I’m glad I’ve got my reading bug back. Anyhow enough rambling & time for some reviews. 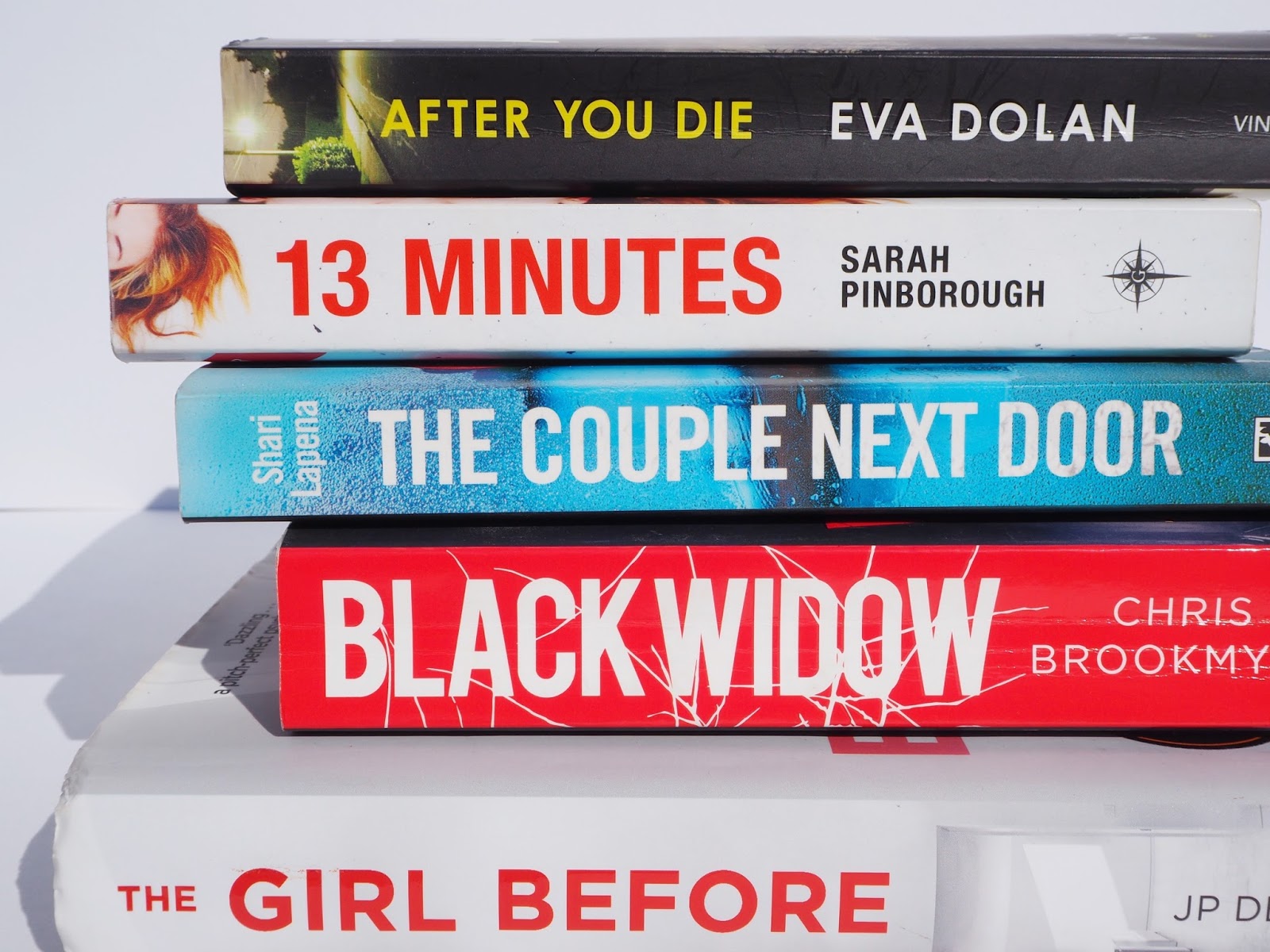 After you die – Eva Dolan

To kick of the reviews, this book was a standard detective thriller. I found out later that it’s a third instalment but each book isn’t completely related so luckily I wasn’t missing anything!! The narrative follows two detectives DI Zigic & DS Ferrerira trying to discover who was at fault for a double murder. The story is really emotional as the murder was a mother & her disabled daughter. From the beginning you are given an assumption of who committed the murder but as you delve deeper you can see there’s a lot more to story than you once thought. Each character introduced has a complex storyline of their own which is surprisingly easy to follow. As you continue reading you form your own opinions on who committed the crime & how the investigations is being dealt with. I really grew to like the detectives & how they portrayed the investigation so I would definitely read the other books in the series. If you like a complex storyline with a heartfelt crime at hand then I think you should give this a go or any in the Zigic & Ferrerira trilogy!!

This was actually the first book I read of these & it took me forever to get through it. Nothing to do with the book being a difficult read but I bought it back when I wasn’t really feeling reading & then of course when I dug it back out I was hella confused at where I was at so a restart was necessary. It’s a really easy read & it’s probably more targeted to a younger audience based on the themes but I really enjoyed it. You follow a young girls story of near death experience & her struggle to remember what happened. It follows from her perspective & old friend she previously ditched, the man who had found her, two of her best friends & then snippets of the crime logs. That does mean at first you need to pay attention to get used to who’s who but once you’re in the flow the changing narrative doesn’t make much of a fuss. The book itself has a rather interesting twist towards the end so the assumptions you’ve made are unpinned & tbh I felt I had invested in the wrong characters all along!! If you’re looking to get back into reading I would definitely say this is the book for you.

The couple next door – Shari Lapena

This was an odd book because in my head I had made assumptions about what the storyline was going to be but in reality rather than focusing on the weird neighbours, it follows the problems within a family unit. After a baby goes missing it follows the recovery of said child & switches once again between narratives. You really find yourself questioning how you feel about each character & as you learn throughout the reality of what has happened you are informed on the events. I think allowing the reader to discover the truth early on really gives a different feel to the thriller as you know more than some of the characters during the book & you’re feelings towards them are shaped by it. There of course is another twist at the end but a savvy reader may have sussed that out by that stage!! 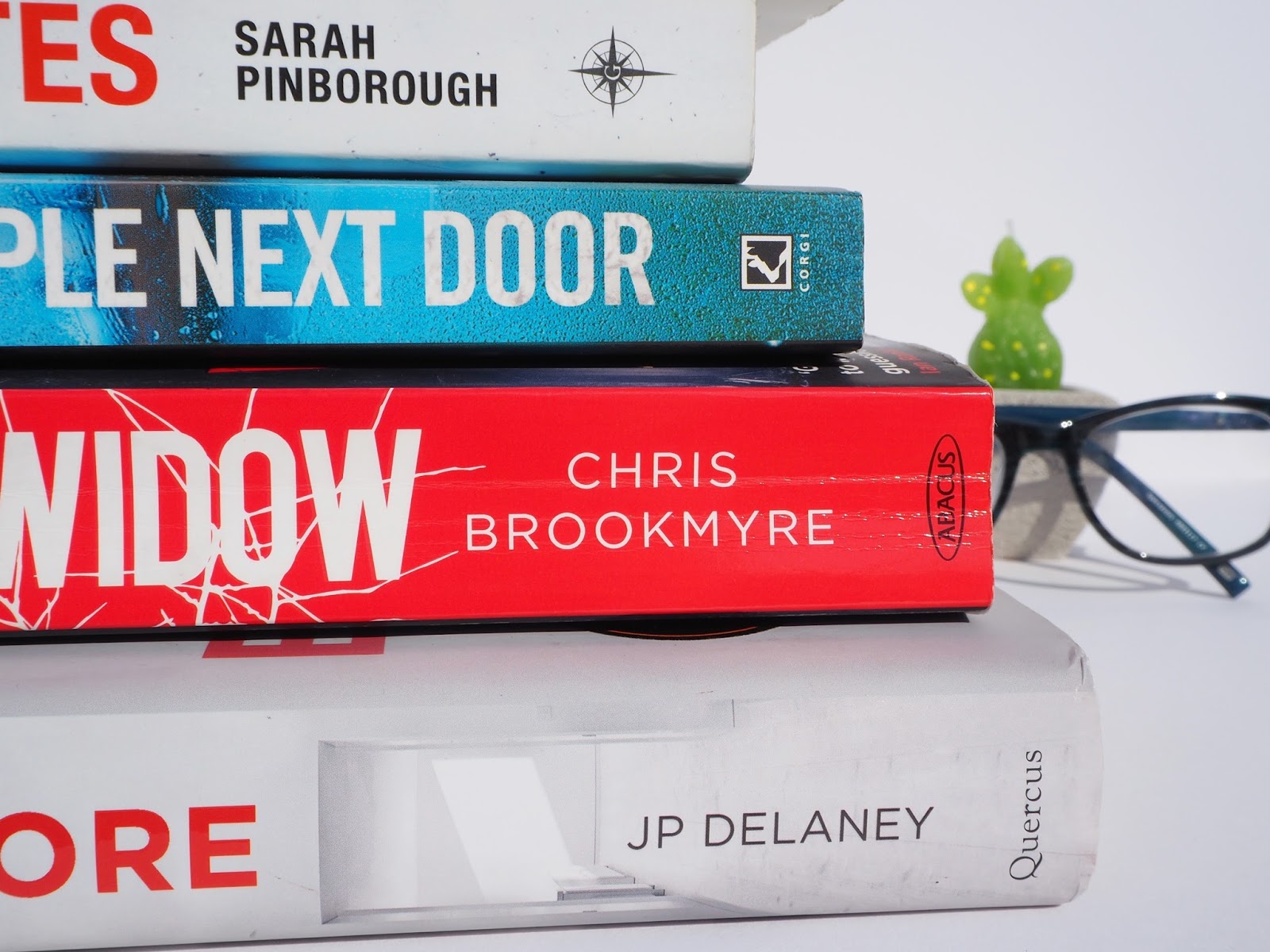 This was the final book I read before moving on towards nutritional reading & by this stage I felt I was an experienced reader. As you read more thrillers you do feel they can get predictable but this one pleasantly surprised me. It starts with the trial which automatically makes you assume the suspect is guilty but as you approach the story you get to know the suspect. The story follows from Diane Jager’s (the suspect) & Jack Parlabane’s (the reporter) perspectives with a few added people thrown in at times. As you learn more about the strong lead Diane you can make your own assumptions about the crime at hand & I think you can see it from both sides. As you read more you learn a lot about each character featured which I think makes it a really interesting read. Even though the narrative is pushed towards one ending there is of course a really good twist which you follow from Parlabane’s perspective. The twist itself is something you think you’ve worked out alongside Parlabane but in turn it is very different. The ending made me feel very content & I’m glad I left this book till last. If you want a book to get you thinking this is for you!!

The girl before – JP Delaney

This book stood out from the rest as it was set in peculiar circumstances & was interactive with the reader. The main characters are both women who have experienced tragedy & who have been approved to live in the extremely minimalist house designed by Monkton.  The narrative switches between past & present so keep an eye out for the chapter titles to know which female voice you’re reading. From both women you learn about their personal tragedies, the inner workings of the property & about the interesting architect (Monkton) who becomes a key feature in their lives. Discovering who was at fault for the death of the first female (Emma) is the main plot line but throughout you learn so much more about each of the characters. The plot is fast passed & keeps you intrigued at all times. I really found this book to be an interesting read & I finished it in days. I loved the switching narratives & how you emotionally connect to the characters. As the plot nears the end your emotions are heighten alongside Jane (present female) & the criminal reveal creates a lot of tension. The overall ending had me slightly stunned & I had a bit of re-reading just to make sure I was understanding it right!!

I’ve actually really enjoyed getting back to reading & once I’ve finished educating myself on nutrition I’m going to invest in more books; probably including a few more thrillers. I think its nice to have a break from reading one genre so I’m slightly eager to get back to some more complex storylines that make me think. I know book reviews are a little different to my usual content but I’m always looking for book recommendations myself so why not share a few with my readers.

(Disclaimer: I am not sponsored by WHSmith but it was my go to for purchasing these books hence linking back to their website!!)